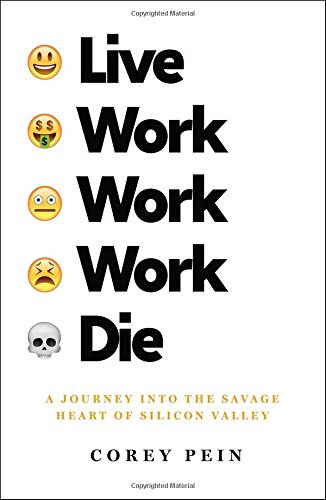 A scathing, sardonic exploration of Silicon Valley tech culture, laying bare the greed, hubris, and retrograde politics of an industry that aspires to radically transform society for its own benefit. This enlightening audiobook is a must-listen for anyone interested or involved in the tech industry.

At the height of the start-up boom, journalist Corey Pein set out for Silicon Valley with little more than a smartphone and his wits. His goal: to learn how such an overhyped industry could possibly sustain itself as long as it has. Determined to cut through the clichés of big tech – the relentless optimism, the mandatory enthusiasm, and the earnest, incessant repetition of vacuous buzzwords – Pein decided that he would need to take an approach as unorthodox as the companies he would soon be covering. To truly understand the delirious reality of a Silicon Valley entrepreneur, he knew, he would have to inhabit that perspective – he would have to become an entrepreneur.

Thus he begins his journey – skulking through gimmicky tech conferences, pitching his over-the-top business ideas to investors, and interviewing a cast of outrageous characters: cyborgs and con artists, Teamsters and transhumanists, jittery hackers and naive upstart programmers whose entire lives are managed by their employers – who work endlessly and obediently, never thinking to question their place in the system.

In showing us this frantic world, Pein challenges the positive, feel-good self-image that the tech tycoons have crafted – as nerdy and benevolent creators of wealth and opportunity – revealing their self-justifying views and their insidious visions for the future. Indeed, as Pein shows, Silicon Valley is awash in disreputable ideas: Google executive and futurist Raymond Kurzweil has a side business peddling dietary supplements and has for years pushed the outlandish notion that human beings are destined to merge with computers and live forever in some kind of digital cosmic hive mind. Peter Thiel, the billionaire venture capitalist affiliated with PayPal and Facebook, is now an important advisor to President Trump and has subsidized a prolific blogger known by the pen name Mencius Moldbug who writes approvingly of ideas like eugenics and dictatorship. And Moldbug is not alone. There is, in fact, a small but influential – and growing – group of techies with similarly absurd and extremist beliefs who call themselves the “neoreactionary” vanguard of a “Dark Enlightenment.”

Vivid and incisive, Live Work Work Work Die is a troubling portrait of a self-obsessed industry bent on imposing its disturbing visions on the rest of us.

Be the first to review “Corey Pein – Live Work Work Work Die: A Journey into the Savage Heart of Silicon Valley” Cancel reply