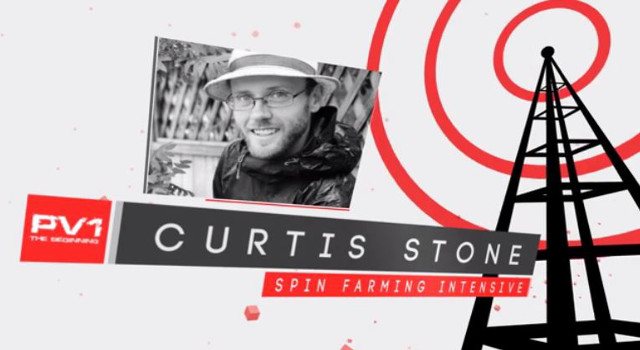 Make money as an urban farmer in the city – with SPIN farming! (SPIN stands for Small Plot INtensive) Learn how the SPIN-Farming system, which is now being practiced by a growing corps of farmers across Canada and the U.S., can be used to create a high-income producing farm or improve your current operation. SPIN is the first organic-based production system for land bases under an acre in size, and it can be implemented by aspiring and practicing backyard, front lawn and neighborhood lot farmers everywhere. All you need is to equip yourself with the right gear and a radically new understanding of what it means to be a farmer. SPIN-Farming Basics with Urban-farmer Curtis Stone.

Curtis Stone is the owner/operator of Green City Acres, a commercial urban farm based out of Kelowna, BC. Farming under an acre of land on a collection of urban plots, Green City Acres grows vegetables for farmers markets, restaurants, retail outlets, and a sixty member CSA box program. See SPIN-Farming in action as Curtis Stone shows you how he assembled a multi-locational SPIN farm that grossed $20,000 in its first year and $55,000 in it’s second. He’ll describe the design of his farm, equipment used, planting plan and target markets. Though records are not yet kept on how quickly farms can get in and off the ground, Curtis got his farm up and running and generating income in 6 months, which has to be some sort of record. It certainly gives new meaning to the term “fast food”!