Dan Heath – Upstream: The Quest to Solve Problems Before They Happen

Dan Heath – Upstream: The Quest to Solve Problems Before They Happen
https://www.amazon.com/gp/product/1982134720/ref=dbs_a_def_r… 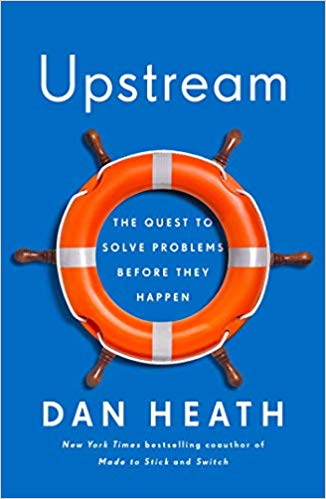 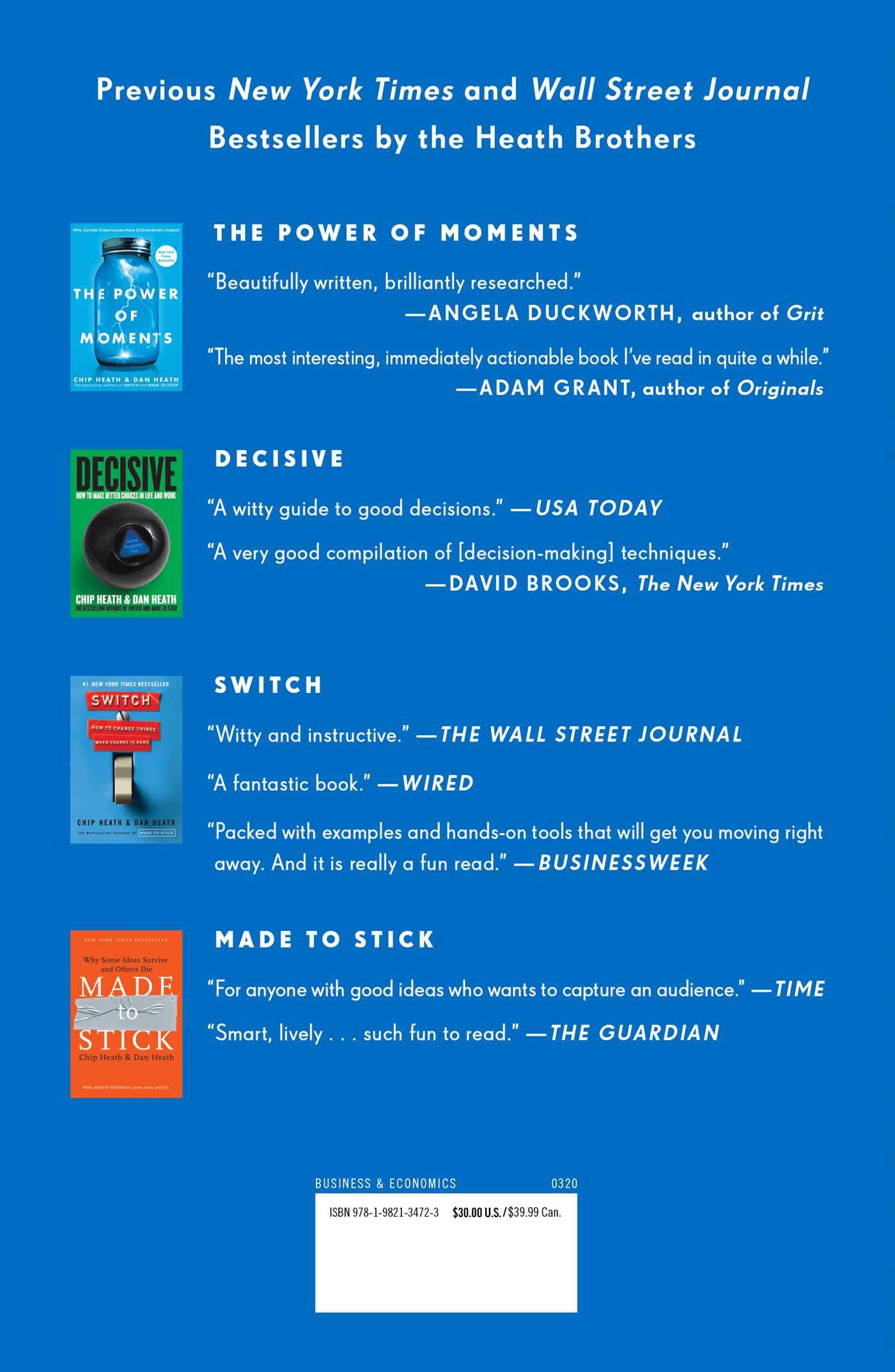 New York Times bestselling author Dan Heath explores how to prevent problems before they happen, drawing on insights from hundreds of interviews with unconventional problem solvers.

So often in life, we get stuck in a cycle of response. We put out fires. We deal with emergencies. We stay downstream, handling one problem after another, but we never make our way upstream to fix the systems that caused the problems. Cops chase robbers, doctors treat patients with chronic illnesses, and call-center reps address customer complaints. But many crimes, chronic illnesses, and customer complaints are preventable. So why do our efforts skew so heavily toward reaction rather than prevention?

Upstream probes the psychological forces that push us downstream—including “problem blindness,” which can leave us oblivious to serious problems in our midst. And Heath introduces us to the thinkers who have overcome these obstacles and scored massive victories by switching to an upstream mindset. One online travel website prevented twenty million customer service calls every year by making some simple tweaks to its booking system. A major urban school district cut its dropout rate in half after it figured out that it could predict which students would drop out—as early as the ninth grade. A European nation almost eliminated teenage alcohol and drug abuse by deliberately changing the nation’s culture. And one EMS system accelerated the emergency-response time of its ambulances by using data to predict where 911 calls would emerge—and forward-deploying its ambulances to stand by in those areas.

Upstream delivers practical solutions for preventing problems rather than reacting to them. How many problems in our lives and in society are we tolerating simply because we’ve forgotten that we can fix them?

Editorial Reviews
Review
“Dan Heath has written the ultimate primer on the power of prevention, a work that deserves a prominent place on every leader’s bookshelf. Packed with vivid stories and practical examples, Upstream is the rare book that can both revitalize your business and make our world a better place.” —Daniel H. Pink, #1 New York Times bestselling author of When, Drive, and To Sell Is Human

“Upstream contains research and storytelling that informs, engages and, above all, entertains. If you want to stop firefighting problems and prevent them from happening in the first place, then you should read what Dan Heath has to say.” —Charles Duhigg, New York Times bestselling author of The Power of Habit and Smarter Faster Better

“[An] elegant manifesto . . . With the frenetic pace of modern life, Heath observes, it’s easy to become accustomed to putting out fires instead of looking for the spark that’s igniting them. . . . This is a pragmatic guide for those seeking big changes on either an individual or organizational level.” —Publishers Weekly

“Heath presents a convincing argument for shifting resources ‘upstream’ and focusing on prevention rather than cure.” —Booklist

Be the first to review “Dan Heath – Upstream: The Quest to Solve Problems Before They Happen” Cancel reply