AMAZING BOOK ON STARTING A TECH STARTUP OR SMALL BUSINESS 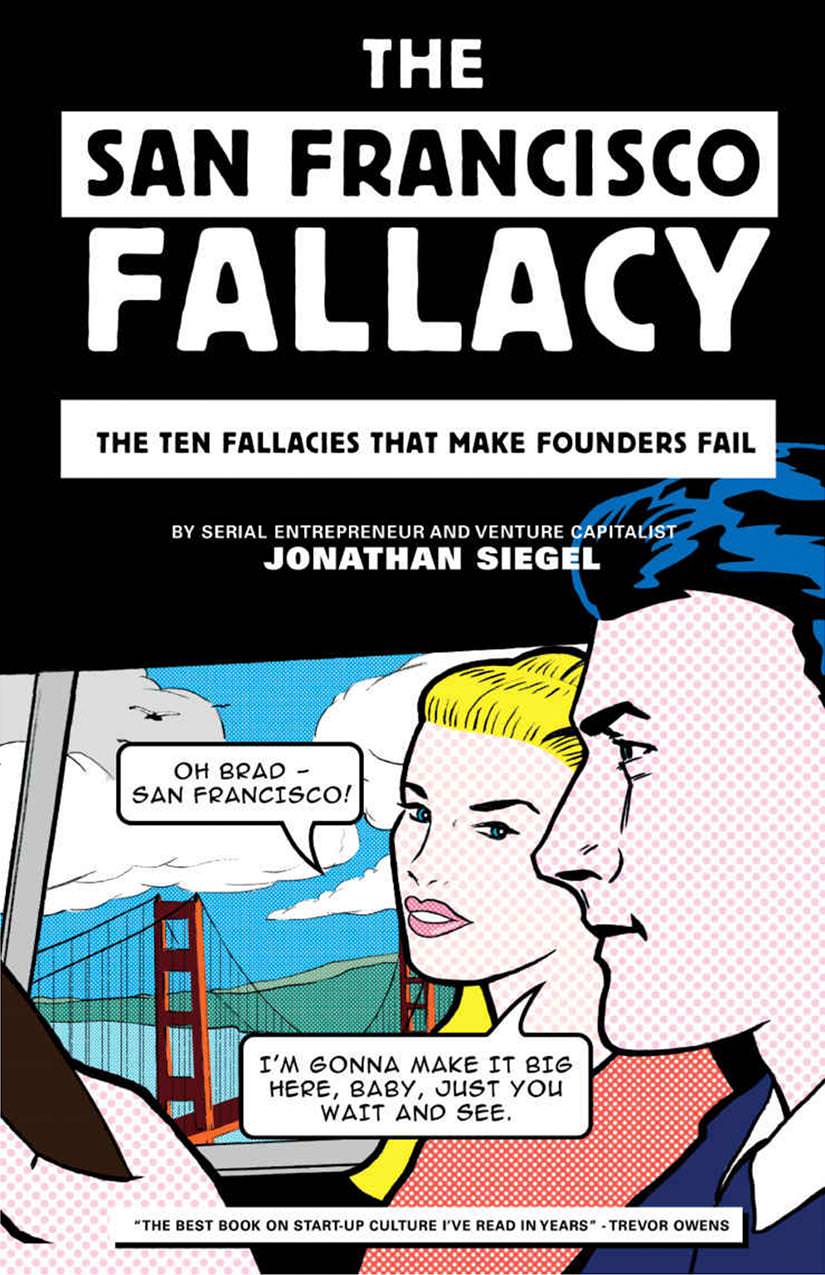 JONATHAN SIEGEL HAS SOLD MULTIPLE SAAS BUSINESSES FOR MORE THAN $20,000,000 EACH (WHILE OWNING MOST OF THE EQUITY).

“A memoir of failure and success by a leading entrepreneur.”
-Neil Patel, Co-Founder of CrazyEgg and Hello Bar

“I read every new, good book on startups that comes out. It’s my job. And this is one of the best books I’ve read in a long time. The advice in The San Francisco Fallacy is priceless. Perhaps because it is so unobvious, yet practical and proven. Jonathan is one of the most successful, unknown entrepreneurs in Silicon Valley. And he has done something different with this book. It’s well written and entertaining. You can finish it in one sitting. And in that time your future will be changed. No entrepreneur can afford to miss this book because you won’t find the same advice elsewhere. I’m not just saying this–the things I’ve learned from Jonathan have changed my life.”
-Trevor Owens, Co-Founder of Javelin.com and Lean Startup Machine

“Jonathan is a true entrepreneur with a passion for building and growing companies. With unique insights and experience in the Valley he has learned there are better ways and placed to get things done–and that is what he does. In The San Francisco Fallacy, he spells out just what he has learned and how he applies it.”
-David Hauser, Founder of Grasshopper

“If you want to learn from one of tech’s clearest minds, crack this book open and dive in. Jonathan’s turned his laser focus on what matters into a repeatable recipe for big exits. Filled with refreshing thinking and a focus on what really drives profitable tech companies, this book grabs you by the collar, slaps you across the face, and yells in your face, “focus on what matters.” Better yet, it tells you just how to do that. Every founder thinking of raising money needs to read this book before putting that first pitch deck together.”
-Doug Breaker, CEO of Earth Class Mail

“In his wonderful new book, Jonathan Siegel articulates persistent fallacies that bedevil modern entrepreneurs. Jonathan has made all the entrepreneurial mistakes and then some. Save yourself time, humiliation, and money and read The San Francisco Fallacy today.”
-Patrick Vlaskovits, NYT Bestselling Author of Hustle and The Lean Entrepreneur

In The San Francisco Fallacy, serial entrepreneur and venture capitalist Jonathan Siegel looks at the 10 biggest fallacies that run through startup culture. Over his many years launching companies, he’s fallen victim to what he now recognizes as a series of common errors, misconceptions that bedevil startups to this day. But he also learned how to sidestep and surmount many of these challenges.

After multiple eight-figure exits and other startup successes, Jonathan began to see the deeper fallacies in which his failures took root. His biggest career successes, on the other hand, seemed to come when he and his teams went against the tide and did everything “wrong.”

This book is an examination of the popular belief system about startups. At its heart is a series of challenges to years of accumulated startup orthodoxy. What emerges is not just a critique but an inspiring call–to anyone trying to build a successful business–for a broader kind of critical thinking.

1. The Tech Fallacy
2. The Democracy Fallacy
3. The Investment Fallacy
4. The Passion Fallacy
5. The Expert Fallacy
6. The Idea Fallacy
7. The Scale Fallacy
8. The Equity Fallacy
9. The Founder Fallacy
10. The Quality Fallacy

Jonathan Siegel is Chairman and Founder of Xenon Ventures, a Private Equity practice focused on the acquisition, acceleration and exit of high-margin Software as a Service companies.

Jonathan has been active in technology start-ups, services and angel investing for 12 years. He has served as a Venture Partner at Accel, where he focused primarily on seed investment opportunities in the cloud computing, e-commerce and SaaS sectors. He also spent 10 years as the founder of elc Technologies, a Ruby on Rails consultancy, which was acquired in 2010 by PriceGrabber’s Kamran Pourzanjani.

Jonathan speaks frequently on the startup culture and cloud computing. He has been on Amazon Web Services’ customer advisory board since 2008. Jonathan graduated with degrees in physics and computer science from the University of California, Santa Barbara.