Mark Ferguson – How to Change Your Mindset to Achieve Huge Success

Category: Investing / Trading / Stocks
This product can only be requested by members. To get this product, you must be a memberApply for Membership

How to Change Your Mindset to Achieve Huge Success: Why your attitude and daily habits have more to do with making more money and having more freedom than anything else. 1st Edition 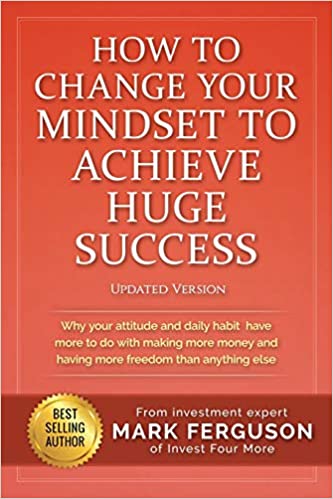 When I graduated from college in 2001, I thought I had the world by the horns. I had a degree in business finance, I was smart, and I knew I would be successful. The only problem I had, was I had no plan, no idea what I wanted to do for work, and I wasn’t the hardest worker. For some reason, I was not super successful right out of college! I ended up working for my dad part-time in real estate, which became full-time and then an awesome business. I struggled in the beginning of my career, not because I was in the wrong field, or I was not knowledgeable, but because I had a bad attitude and did not know how to be successful.

I thought I was smart, I was educated, I thought I could be successful, but there is much more to success than intelligence and education. Hard work is also a very important part of success, and although I could have definitely worked a little harder in school and at work, that wasn’t the missing piece to the puzzle. Not only did I struggle after college, I became very frustrated with where my career was going. I lost some of my dreams, I started to tell myself I didn’t want fancy things or nice cars, because I started to believe I would never be able to get those things. If I convinced myself, I didn’t want those things, maybe I would be less disappointed.

A funny thing happened a few years into my real estate career. I got fed up with how things were going and I made some drastic changes. At first the changes resulted in me making much less money and being way more stressed! However, I accidentally started to create some goals, because I got fed up with how things were going. Then I started to listen to other people and not rely on just myself. I got outside my comfort zone and did things that scared me and were very hard to do. My life started to turn around, and success followed very quickly. I went from having a goal to make $100,000 a year to a goal to make $1,000,000 a year in a few years. I found success in multiple businesses. I built a team that reduced my stress and time I worked. I became happier, I bought an awesome house, had an awesome family and even bought a Lamborghini (a life-long dream). The more successful I became, the more I realized that success was not about intelligence, hard work or even education. It was about belief, planning, confidence and structure.