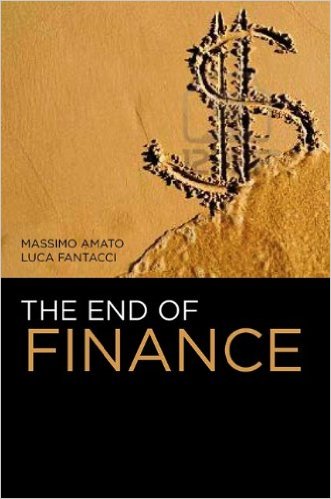 This new book by two distinguished Italian economists is a highly original contribution to our understanding of the origins and aftermath of the financial crisis. The authors show that the recent financial crisis cannot be understood simply as a malfunctioning in the subprime mortgage market: rather, it is rooted in a much more fundamental transformation, taking place over an extended time period, in the very nature of finance.

The ‘end’ or purpose of finance is to be found in the social institutions by which the making and acceptance of promises of payment are made possible – that is, the creation and cancellation of debt contracts within a specified time fr

The authors trace the origins of this profound transformation backwards in time, not just to the neoliberal reforms of the 1980s and 90s but to the birth of capitalist finance in the mercantile networks of the sixteenth and seventeenth centuries. This long historical perspective and deep analysis of the nature of finance enables the authors to tackle the challenges we face today in a fresh way – not simply by tinkering with existing mechanisms, but rather by asking the more profound question of how institutions might be devised in which finance could fulfil its essential functions.

Be the first to review “Massimo Amato, Luca Fantacci – The End of Finance” Cancel reply