Patrick Lencioni – The Five Dysfunctions of a Team: A Leadership Fable

Patrick Lencioni – The Five Dysfunctions of a Team A Leadership Fable.pdf
[eBook (PDF)]

Category: Management / Leadership
This product can only be requested by members. To get this product, you must be a memberBECOME A MEMBER

Patrick Lencioni – The Five Dysfunctions of a Team: A Leadership Fable 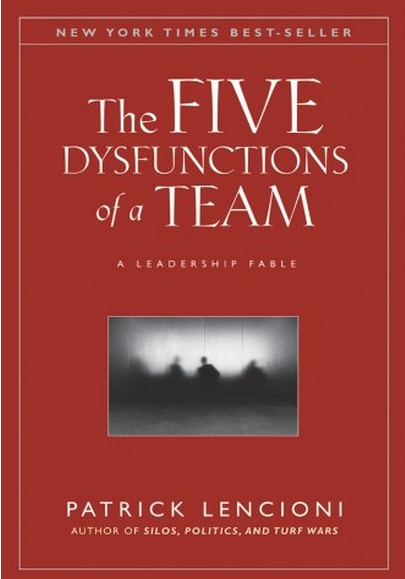 Desc
In The Five Dysfunctions of a Team Patrick Lencioni once again offers a leadership fable that is as enthralling and instructive as his first two best-selling books, The Five Temptations of a CEO and The Four Obsessions of an Extraordinary Executive. This time, he turns his keen intellect and storytelling power to the fascinating, complex world of teams.

Kathryn Petersen, Decision Tech’s CEO, faces the ultimate leadership crisis: Uniting a team in such disarray that it threatens to bring down the entire company. Will she succeed? Will she be fired? Will the company fail? Lencioni’s utterly gripping tale serves as a timeless reminder that leadership requires as much courage as it does insight.

Throughout the story, Lencioni reveals the five dysfunctions which go to the very heart of why teams even the best ones-often struggle. He outlines a powerful model and actionable steps that can be used to overcome these common hurdles and build a cohesive, effective team. Just as with his other books, Lencioni has written a compelling fable with a powerful yet deceptively simple message for all those who strive to be exceptional team leaders.

About the Author
Patrick Lencioni is founder and president of The Table Group, a firm dedicated to helping leaders improve their organizations’ health since 1997. His principles have been embraced by leaders around the world and adopted by organizations of virtually every kind including multinational corporations, entrepreneurial ventures, professional sports teams, the military, nonprofits, schools, and churches.

Lencioni is the author of ten business books with over three million copies sold worldwide. His work has appeared in the Wall Street Journal, Harvard Business Review, Fortune, Bloomberg Businessweek, and USA Today.

Prior to founding The Table Group, Lencioni served on the executive team at Sybase, Inc. He started his career at Bain & Company and later worked at Oracle Corporation.

Lencioni lives in the San Francisco Bay Area with his wife and their four sons.

Be the first to review “Patrick Lencioni – The Five Dysfunctions of a Team: A Leadership Fable” Cancel reply