Rich Cohen – The Fish That Ate the Whale: The Life and Times of America’s Banana King 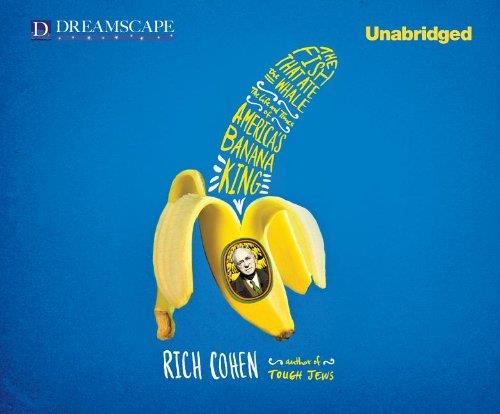 The Fish That Ate the Whale: The Life and Times of America’s Banana King [eBook (MOBI)]

Whether you know him as El Amigo, the Banana Man, the Gringo, or simply Z – whether you even know him at all – Sam Zemurray lived one of the greatest untold American stories of the last hundred years.

A tough, uneducated Russian Jew who found himself and his fortune in turn-of-the-century New Orleans, Zemurray built a fruit-selling empire hustling rotting fruit to market to eke out the slimmest profit, to eventually become a backchannel kingmaker and capitalist revolutionary. The Fish That Ate the Whale spans the transition from Old-World business to New-: from privateer adventurers seeking fortunes in remote frontiers, to buccaneers of high finance and wars fought with media, no-bid contracts, and necessary illusions.

Part of what makes this book so remarkable – and its dubious hero so compelling – is the almost invisible ease with which Cohen’s threads intertwine to create a larger pattern that seems so obvious once you step back to see it. Z’s story spans the birth of modern foreign relations, the creation of the CIA, smuggling dispossessed Jews out of Europe, the invention of Israel, corporate espionage, the Bay of Pigs, political assassination, and the unspoken motives of the Cold War. It is a twentieth-century epic, and standing at its core is a man unlike any we’ve seen before or since, who, for good or ill, looked at what was, but saw only what was possible.

Be the first to review “Rich Cohen – The Fish That Ate the Whale: The Life and Times of America’s Banana King” Cancel reply