Suze Orman – Women and Money: Owning the Power to Control Your Destiny

Suze Orman – Women and Money: Owning the Power to Control Your Destiny 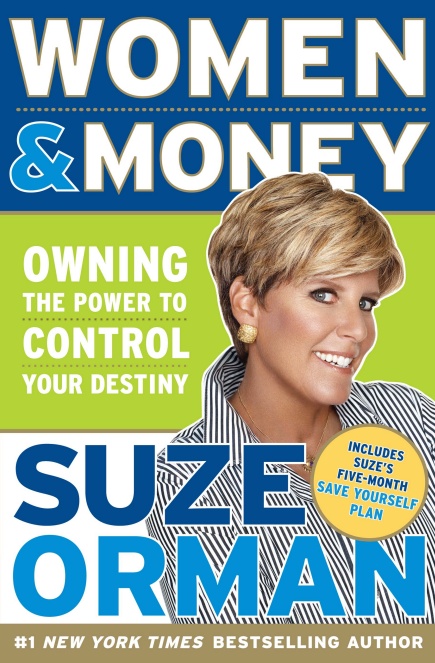 Desc
The million-copy bestseller is finally in paperback!

In this groundbreaking book, Suze Orman, the nation’s go-to expert on all things financial, investigates the complicated, dysfunctional relationship women have with money.

With her signature mix of insight, compassion, and soul-deep recognition, Suze Orman equips women with the financial knowledge and emotional awareness to overcome the blocks that have kept them from acting in the best interest of their money–and of themselves. At the heart of the book is The Save Yourself Plan: a streamlined five-month program that delivers genuine long-term financial security. But what’s at stake is far bigger even than money–it’ s about every woman’s sense of who she is, what she deserves, and why it all begins with the decision to save yourself.

In addition to The Save Yourself Plan, you’ ll find inside

• a thoughtful analysis of the causes and effects of reckless financial behavior
• a persuasive argument for change that is free of shame and blame
• the 8 qualities of a wealthy woman
• a challenge to value yourself fully in all aspects of your life
• new information to help you grasp the impact of recent economic changes on your life right now and for the long term
• a thrilling, inspiring depiction of what it means to be in control of your financial destiny

About The Author
Suze Orman has been called “a force in the world of personal finance” and a “one-woman financial advice powerhouse” by USA Today. A two-time Emmy Award-winning television host, #1 New York Times bestselling author, magazine and online columnist, writer/producer, and one of the top motivational speakers in the world today, Orman is undeniably America’s most recognized expert on personal finance.

Orman has written seven consecutive New York Times bestsellers and has written, co-produced, and hosted six PBS specials based on her books. She is the host of the award-winning Suze Orman Show, which airs on CNBC and XM and Sirius radio, and a contributing editor to O: The Oprah Magazine.

Orman was twice named one of the “Time 100,” Time magazine’s list of the world’s most influential people, and was the recipient of the National Equality Award from the Human Rights Campaign. In 2009 she received an honorary doctor of humane letters degree from the University of Illinois at Urbana-Champaign.

Orman, a Certified Financial Planner™ professional, directed the Suze Orman Financial Group from 1987 to 1997, served as Vice President–Investments for Prudential Bache Securities from 1983 to 1987, and was an account executive at Merrill Lynch from 1980 to 1983. Prior to that, she worked as a waitress at the Buttercup Bakery in Berkeley, California, from 1973 to 1980.

Be the first to review “Suze Orman – Women and Money: Owning the Power to Control Your Destiny” Cancel reply