Category: Misc: Audio
This product can only be requested by members. To get this product, you must be a memberBECOME A MEMBER

The Little Stamp That Became the Most Valuable Thing in the World
http://www.bbc.co.uk/programmes/b0477j4l 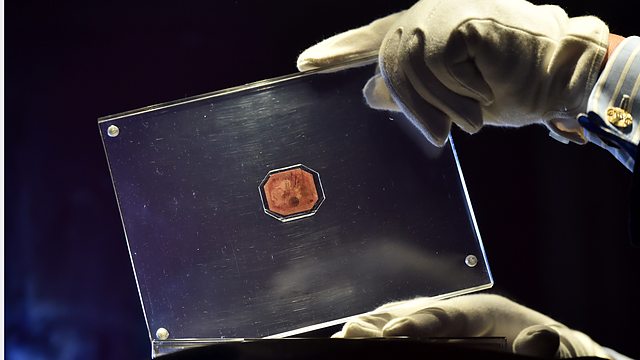 In June 2014, an auction will be held at Sotheby’s in New York. Just one item will be sold – a smudgy reddish little stamp. It’s expected to sell for $20 million. Even if it sells for only half that price, it will become the most valuable ob

The stamp is the 1856 British Guiana 1-Cent Magenta – the only one of its type in existence. The sale follows the death of its most recent owner, American multi-millionaire John Du Pont, who died in a secure mental hospital in Pennsylvania, while serving a life sentence for the murder of his closest friend, Dave Schultz, an Olympic gold medal winning wrestler.

Writer and historian Joshua Levine charts the life of the stamp – something of a chequered history – and tells a parallel story of the psychology of collecting.

Discovered by a 12-year-old Scottish boy in 1873, he sold the 1-Cent Magenta for a few shillings. Five years later it was bought by the Austrian, Phillipp Von Ferrary, the owner of the greatest stamp collection the world has ever seen. His entire collection was stolen by the French government, who sold it in 1919. The stamp then passed through several hands, including those of Arthur Hind, an English textile dealer living in New York, who legend has it acquired the only other 1-Cent Magenta in existence – which he set alight, exclaiming ‘Now there’s only one again!”.

Why do humans feel the need to collect, categorise and classify? As we examine these stories of bitterness and misfortune, should we attribute a curse to the little stamp? Or should we, instead, blame it on the irresponsibility, greed and sense of entitlement which so often accompanies great wealth and privilege.